News & Media...
I don't want a Lawyer to tell me what I cannot do; I hire him to tell me how to do what I want to do. J.P. Morgan
Practice...
Accounting outsourcing...
News & Media 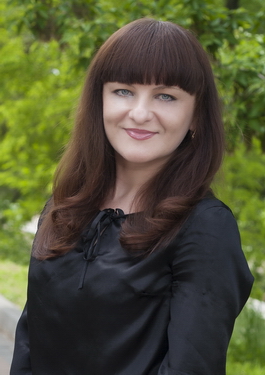 The President of Ukraine signed the Law of Ukraine “On Amendments to the Tax Code of Ukraine regarding the Improvement of Administration of Taxes, Elimination of Technical and Logical Inconsistencies in Tax Legislation” № 466-IX, adopted by the Verkhovna Rada of Ukraine on January 16, 2020 (Bill 1210).

The Law introduces a number of provisions of the Plan of Counteraction against Base Erosion and Profit Shifting (BEPS) and will have a significant impact on the taxation of international groups of companies and their shareholders/beneficiaries in Ukraine: the taxation of controlled foreign companies is introduced, the approach to permanent representative offices is extended, transfer pricing rules are enhanced, the test of the main business purpose of a transaction is introduced, "constructive" dividends are defined, provisions on thin capitalization are introduced.

Briefly about the main provisions:

MF is submitted within 90 days from the date of the receipt of an inquiry, which may be received not earlier than 12 months and not later than 36 months after the end of the financial year of a group. The penalty for non-submission of the report is up to 300 living wages.

CbCR is submitted within 12 months after the end of the financial year of a group. The penalty for non-submission is set forth in the amount of up to 1,000 living wages.

Notice of membership is submitted by October 1 of the year following the reporting year. The penalty for non-submission is up to 50 living wages. The notice is submitted for the first time in 2021 for 2020.

- Income tax of 15% for payments for non-residents equated to dividends is introduced. Among them: transactions of the purchase/sale of goods (works, services) and income in the form of payments for securities (corporate rights).

- Сonnection criteria have been supplemented: changes from 20% to 25%; if accounts payable exceed equity by 3.5 times; membership in joint activities of 25% or more is determined as an additional sign of connection.

- Adjustments in respect of TP should be made if terms of transactions do not meet a reasonable economic purpose (business purpose).

- The definition of dividends is extended. In addition to adjustments under TP rules, dividends are equated to certain types of payments in favor of non-residents: return of funds to a non-resident in connection with the withdrawal of a member or redemption of a share, reduction of an authorized capital, as well as in similar transactions in the amount that leads to a decrease in retained profits of a taxpayer -  legal entity.

- Taxation in Ukraine of transactions with shares and corporate rights of foreign companies, the value of which is formed mainly from real estate in Ukraine, including leased one. It is provided that non-residents will have to pay a tax in this case (a seller, and if a seller has no representative office in Ukraine, then a buyer). At the same time a non-resident buyer of the asset will have to register themselves with  Ukrainian supervisory authorities for these purposes. The value of shares, stocks and real estate is determined on the basis of the balance sheet (residual) value according to accounting data and is compared with the balance sheet value of other property (assets) of a company according to accounting data.

3. The institution of Controlled Foreign Companies (CFC) is introduced.

- owner (shareholder) of the company with shareholding of over 50%;

- a person who independently or together with other residents of Ukraine actually controls a foreign company.

CFC must be declared to Ukrainian tax authorities. It is necessary to declare the amount of an adjusted profit of such companies.

Exemption from taxation of CFC is possible provided:

- there is a valid agreement between Ukraine and a foreign jurisdiction of CFC on the elimination of double taxation or the exchange of tax information;

- each of the following conditions is met:

CFC actually pays income tax at the effective rate which is not less than the rate of corporate income tax in Ukraine or less than such a rate by not more than 5%;

for non-submission of the report on CFC - a penalty of 100 minimum wages;

for non-disclosure in the report on CFC of information on existing CFC - a penalty of 3% of the amount of income of CFC or 25% of the adjusted profit of CFC for the relevant year, not disclosed in the report, whichever is larger, but not more than 1000 minimum wages for each fact of non-disclosure of CFC and/or for all undisclosed amounts.

The provisions in respect of the taxation of CFC shall enter into force on January 1, 2021.

4. The criteria of the permanent representative office of a non-resident have been changed:

- construction site, construction, assembly or installation facility or related supervisory activities, if the total duration of work (within one project or related projects), performed by a non-resident through employees or other staff hired by them for such purposes, exceeds 12 months;

- the provision of services by a non-resident (other than personnel provision services), including consultancy services, through staff employed by them for such purposes, if such activities are carried out (within one project or a related project) in Ukraine during a period or periods a total duration of which is more than 183 days in any monthly period;

When calculating the total period during which a non-resident carries out activity in Ukraine, the following shall be added:

• duration of the activity of a non-resident in Ukraine, which is carried out during several consecutive or non-consecutive periods, which are separately less than a full calendar month, but in total exceed 30 days;

• duration of activity of related persons of this non-resident in Ukraine, if such an activity is closely related to the activity of a non-resident determined in subparagraphs “a” and “b” and is carried out for several consecutive or non-consecutive periods which in total exceed 30 days.

The activity that has signs of a permanent representative office may be evidenced by:

• the provision of mandatory instructions by a non-resident (including by means of electronic  communication or by transfer of electronic media) and their performance by a person;

The recognition of a person as a controlling person is not a permanent representative office.

A non-resident is not considered the one who has a permanent representative office in Ukraine if they carry out economic activities through a resident intermediary, but at the same time the provision of agency, trust, commission and other similar intermediary services of the sale or purchase of goods (works, services) at the expense, in the interests and/or in favor of the non-resident is carried out within the main (ordinary) activities of the resident and under normal conditions.

5. Changes in the conditions of application of International Tax Conventions.

An international convention does not apply if the main purpose of a transaction or structure is to obtain a tax advantage under the convention.